Featuring Legendary Artists Dali & Andy Warhol as NFTs, a tokidoki mystery box and NFTs from ‘100 Creators’ from around the world!

The Binance NFT Marketplace will launch this Thursday June 24th with a first premium auction titled ‘Genesis’, launching the first series of ‘Mystery Boxes’, and the recently announced ‘100 Creators’ program. Hosted in collaboration with TRON and APENFT the auction will feature exclusive collectibles and can’t-miss content from popular artists and creators, the event is set to be the ultimate, no-compromise NFT experience you’ve been waiting for. Users can participate in the auction, apply for the Mystery Box and trade in the marketplace starting June 24th at 10AM (UTC +8).

The 3 portraits series are Nirvana, Vitality and Harmony.

As the first auction taking place on Binance NFT Marketplace, the theme of the ‘Genesis’ auction implies a new wave of Renaissance with NFTs. NFT technology has revolutionized the world of art for good, bringing the concept of digital ownership to life for the very first time. The ‘Genesis’ auction represents this idea and brings two valuable pieces that represent ‘wind of change’ periods in history.

Warhol’s introduction of mass production techniques to visual art has foreshadowed today’s digital world, where content can be easily copied, downloaded and reshared. Just as Warhol changed the perception of value when it came to reproducible artwork, NFT technology has forever changed the way value is assigned to digital art. With Three Self-Portraits, Warhol’s pioneering work is celebrated with a community artist’s tribute to Warhol’s original artwork. This recreation series will be available on June 24, with an exclusive run of 100 NFTs.

Dali was invited by the Italian government to commemorate the 700th anniversary of Dante’s birth in 1965, Dante’s Divine Comedy is one of the most recognizable works of literature in the modern world, and Dali’s watercolor illustrations pay tribute to the journey depicted in the Divine Comedy. As a precursor to Renaissance literature, the Divine Comedy has influenced countless artists and helped shape the modern world of art. 2021 marks the 700th anniversary of Dante’s death. To commemorate this, The Divine Comedy NFT was re-designed to have a blockchain element by featuring the bitcoin symbol, CZ’s signature and the Binance logo in the pattern of the artwork (which can only be seen when you zoom in). 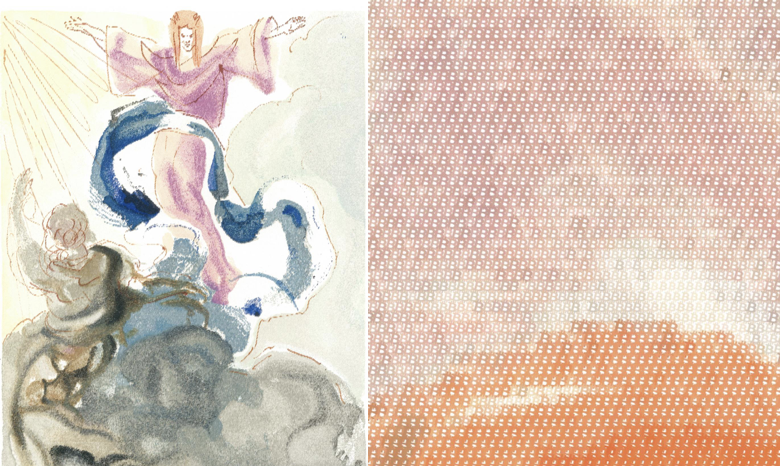 Helen Hai, the Head of Binance NFT, said “Binance shares similar values as ‘Genesis’, revolutionizing the fintech space with blockchain technology and crypto, paving the ways as a blockchain pioneer leader, just like how ‘Genesis’ auction will do the same for the NFT industry.”

The auction will also include the first ever Binance NFT “Mystery Box” featuring 16 collectible ‘tokidoki’ characters, including 3 Binance characters which can only be obtained in the first “Mystery Box” drop, made available exclusively through NFKings Productions on Binance NFT. ‘Tokidoki’, which translates to “sometimes” in Japanese, is an internationally recognized and iconic lifestyle brand based on the vision of Italian artist Simone Legno. Since debuting in 2005, tokidoki has amassed a cult-like following for its larger-than-life characters and emerged as a sought-after global lifestyle brand with over millions of physical tokidoki sold worldwide, and most recently 110,000 digital tokidoki sold out in minutes.

Binance’s brand new “100 Creators” program will also make its debut as part of the “marketplace” category at the ‘Genesis’ auction, which will feature work from talented artists and everyday creators from around the world. Bidding will start at 10AM UTC on June 24 and the auction will last for 5 days. The winner of ‘Three Self-Portraits’ will also receive the physical art piece shipped by Apenft.